Episode 5
Sing My Pleasure - To Make You Smile
Episode 6
Sing My Pleasure - I Love You
Episode 7
Galaxy Anthem - To Make Everyone Happy With My Singing
Episode 8
Elegy Dedicated With Love - My One and Only Beloved Partner
Episode 9
Harmony of One's Heart - My Mission, Your Future
Episode 10
Vivy Score - Singing From My Heart
Episode 11
World's End Modulation - April 11, 2161
Episode 12
Refrain - My Mission
Episode 13
Fluorite Eye's Song 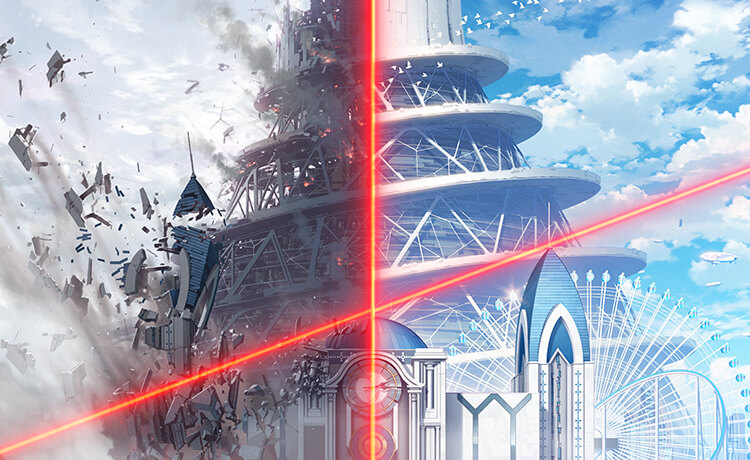 NiaLand is an AI theme park that blends dreams with hope and science. Vivy was created as the world's first autonomous humanoid AI to work as a cast member in the theme park. She gets on stage every day to sing, but she is not very popular.
"I want my singing to bring happiness to everyone."
Vivy continues singing in hopes of achieving her goal of bringing her heartfelt performances to the theme park's main stage.

One day, an AI that calls himself Matsumoto appears to her.

Matsumoto claims that he is an AI from one hundred years in the future, and that his mission is to rewrite history with Vivy in order to stop the war between AI and humans that will happen a century later.

How will the meeting of these two AIs with such different missions change the course of the future?

The one hundred-year journey of an AI songstress named Vivy starts now.


Witness the unfolding of a sci-fi drama created by kindred spirits and masters of entertainment: WIT STUDIO, Tappei Nagatsuki, and Eiji Umehara.